The First Epistle Of Peter:

The Epistle of Peter to the strangers scattered throughout:

Let us now recover the ways of the primitive church and come to the rich full understanding of what true church is. We are told in Acts 1:2 "Until the day in which he was taken up, after that he through the Holy Ghost had given commandments unto the apostles whom he had chosen:". Therefore, it's clear that all the epistles were inspired by the LORD Jesus Himself, through the Holy Spirit unto the apostles. In the writings of the apostles, the LORD delivers(gives) His commandments unto His church, not mere suggestions. As we look at the 1 epistle of Peter, let us remember that these are the commands and building blocks for HIS true Church. As were for the primitive church, these ways of living are for every generation to come that claim to be of His true Church. If we want to be a part of the true Church of Jesus, we need not go to a building, but to the holy word of the LORD and to our knees! For He proclaimed that His dwelling place was not in buildings made with hands, but in a man! The LORD Jesus seeks men that are of contrite (poor)and humble spirits, and that trembleth at His word { Isaiah 57:15; 66:1-2, Acts 7:48-51}. 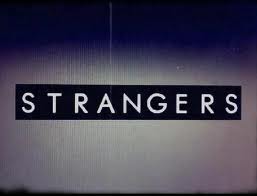 The First Epistle Of Peter

To The True Church Of All Generations

The True Church- Strangers In The World:
Peter addresses the Church in his day as being strangers and pilgrims in the earth. Can the Holy Spirit say the same about you today? Are you a stranger or pilgrim, having the same holy, heavenly, and set apart desires of the true primitive church? Do you live your life for yourself, having earthly, polluted, and carnal desires as the world does? Do you have your eyes fixed upon this fading world, or on the LORD of glory? Do you desire more of this world, or more of the life of the Holy Spirit? Do you find the American dream to be the real life that Jesus has to offer you, or the fullness of the Holy Spirit to be your true life in Christ?

The True Church Life While In The World:

In today's modern church, the senior leader emphasizes the great traditional standard of church attendance, serving in their building, and tithing. What was the standard that Peter was inspired by the Holy Spirit to set, for the Church in His day and throughout all generations? As you go through this study, please keep in mind that the apostle Peter was addressing five major regions {1 Peter 1:1}. It is also important to remember that the first epistle of Peter contains 105 verses.

The first thing that must be noted is the true church was elected according to the foreknowledge of God the Father; through sanctification of the Spirit, which propelled them into an obedient faith {1:2}. This simply means that the company of true believers become in harmony with God, consecrated and separate from the world of sin. Sanctification means to make holy. Therefore, the real church has been set apart from the world and walks in obedience to the LORD Jesus Christ. Anyone who claims to be part of the Church of Jesus, but follows the pattern of the world, is nothing more than an enemy of Christ and His cross {James 4:4; Philippians 3:18-19}.
The faith of the true church is more precious to them then gold {1:7}.
The faith of the true church leads them not only to love the LORD Jesus Christ, but to rejoice with joy unspeakable {1:8}. Therefore, the true church does not need worldly entertainment!
They were to gird up the loins of their minds, and were to be sober {1:13}.
As obedient children, they were not to fashion themselves according to the former lust {1:14}.
They were called to be holy in all manners of life, even has God is holy {1:15-16}.
The true church is to lay aside all malice, all guile, all hypocrisies, all envies, and all evil speaking. Also, as new-born babes, they were to desire the sincere milk of the word, that they may grow thereby {2:1-2}.
As strangers and pilgrims they were to abstain from fleshly lust, which war against the soul. They were to have their conversation honest among the gentiles {2:11-12}.
The true church was to submit themselves to every ordinance of man for the LORD’S sake {2:13-15}.
They were not to use their freedom as a cloke of maliciousness, but as the servants of God {2:16}.
The true church is to honour all men. They were to love the brotherhood. They were to fear God, and to honour the king {2:17}.
The servants were to be subject to their masters with all fear; not only,  to the good and gentle, but also to the froward {2:18}.
The true church is called to suffer while in the earth and were to follow the example of Jesus {1 Peter 2:20-23, 3:14-18, 4:1}.
The wives were to be in subjection to their own husbands; that, if any obeys not the word, they also may without the word be won by the conversation of the wives; While they behold your chaste conversation coupled with fear. Whose adorning let it not be that outward adorning of plaiting the hair, and of wearing of gold, or of putting on of apparel; But let it be the hidden man of the heart, in that which is not corruptible, even the ornament of a meek and quiet spirit, which is in the sight of God of great price {3:1-4}.
Christian husbands were called to, dwell with their wives according to knowledge, giving honour unto the wife, as unto the weaker vessel, and as being heirs together of the grace of life; that your prayers be not hindered {1 Peter 3:7}.
The church was called to be of “one mind, having compassion one of another, love as brethren, be pitiful, be courteous” {1 Peter 3:8}.
The church was called to “Not rendering evil for evil, or railing for railing: but contrariwise blessing; knowing that ye are thereunto called, that ye should inherit a blessing” {1 Peter 3:9}.
They were to refrain their tongue from evil, and keep their lips from speaking guile: they were to eschew evil, and seek peace and ensue it {1 Peter 3:11-12}.
The church was to keep the LORD sanctified in their hearts: and were to be ready to give an answer to every man that asketh them for the hope that they had, and were to do it with meekness and fear {1 Peter 3:15-16}.
The church in Peter's day turned from all lasciviousness, lust, excess of wine, revelings, banquetings, and abominable idolatries. The non-believers thought it strange that they no longer ran with them to the same excess of rioting, even speaking evil of them
{1 Peter 4:3-4}.
Peter charged the church to be sober, and to watch unto prayer. They were to have fervent charity among themselves; hospitality  without grudging was expected. If any man was to speak, they were to speak as the oracles of God {1 Peter 4:7-11}.
Peter exhorted the elders in his day to feed the flock of God, take oversight of the flock, and were to do it willingly; not by constraint, nor for filthy lucre, but of a ready mind. Neither were they to be lords over God’s heritage, but examples to the flock {1 Peter 5:1-3}.
Peter laid the true church conduct for the younger and the elder, and called all to be subject one to another, being clothed in humility. Warning them that God resisted the proud, but gives grace to the humble {1 Peter 5:5-6}.
The church was to be sober and vigilant; because their enemy the devil, as a roaring lion, walketh about, seeking whom he may devour. The church was to resist the devil steadfast in the faith {1 Peter 5:5-9}.

Beloved reader, you just read the standard set forth by the Holy Spirit to the Church in Peter's day, and for every church throughout the church age. I would like to point out that of the 105 verses, 48 of them are dealing with the conduct of the church while in the earth. There are zero verses admonishing Christians to go to church or of their services to be done in earthly buildings, and not a single verse on tithing. A biblical picture of what the true church of Jesus Christ should look like has been set before you. The focusing on getting people in a building, while sacrificing real church conduct, is the foundation for the false church. Please keep in mind that we will all stand before the LORD Jesus Christ. We will also have to give an account for why we side stepped His Holy word for the mere traditions of men.
Godspeed!
Bro. James
TrueChurch/FalseChurch